SimpliSafe was built on the idea that protecting your home shouldn’t be difficult or complex, hence the name. Based out of Boston and founded in 2006, SimpliSafe now serves over 300,000 customers. SimpliSafe’s service does a good job covering the basics, and then some, of home security but lacks some of the add-on features that other providers tout like home automation.

Price: First and foremost, we love the price of SimpliSafe. They’ve created a product that does what it says for just a nominal monthly fee that most people would be relieved to pay after reviewing costs of competing providers. Monthly plans start at just $14.99 per month for alarm monitoring.

DIY: SimpliSafe makes a pretty easy to install product and they have to based on its mandatory do-it-yourself installation. We like that its an easy system to install and that we don’t have to coordinate, schedule, and let an installer into our home to get it setup. Some less handy, “do-it-for-me” type, customers might find this as a negative but we like the ease of use and fast track to getting things setup.

No Strings Attached: Literally and figurative. SimpliSafe is a wireless system that uses GSM cellular networks from Verizon and T-Mobile to facilitate the devices communication between one another. Cellular network connectivity means it is always connected and there is no way for intruders to disable the system by cutting a wire. There’s also no contract for SimpliSafe or long-term commitment required to become a customer.

We like the service that SimpliSafe provides for basic home security protection but there are some cons to consider when you’re comparing them against different providers, especially for tech savvy buyers who like to be up-to-date with all the latest trends.

No Home Automation: It’s unfortunate, but SimpliSafe does not offer any home automation services to integrate into other areas of your home like thermostat, lights, garage door, etc. With more and more technologies becoming “connected” we think SimpliSafe is doing itself a disservice by not presenting a competitive home automation product.

Up-Front Cost: To offset their low monthly pricing and the fact that they do not require a contract means customers pay a bit more upfront unlike contracted services where the cost of hardware is built into your monthly payments. For shoppers searching for a reasonably priced home security service, SimpliSafe’s high entry costs are tough to swallow.

For basic home security, we like SimpliSafe. Once you get passed the high up-front cost, there’s not many cons beyond that point and most are offset by the low monthly cost for monitoring services that will cost more than double with a lot of other providers. If your a tech adopter and want the latest in home automation then look elsewhere, but if you want simple protection for you and your family and are willing to spend an hour placing sensors and control panels, we recommend considering SimpliSafe as your home security provider.

SimpliSafe requires the purchase of all equipment / hardware separate from their monthly pricing that is entirely optional and handles alarm system monitoring. Customers can choose to use the equipment as a standalone where an 85 decibel siren sounds in the event a sensor is tripped hopefully deterring would-be intruders.

Includes 24/7 monitoring of your home security system through the provided cellular network. In the event of an alarm, SimpliSafe’s monitoring specialists notify local police and send them to your door.

Includes all services provided in the Standard plan with the addition of mobile app control and monitoring of your security system as well as email and text alerts. Subscribers also can setup secret alerts when anyone accesses certain areas, cabinets, safes, or rooms of your house. 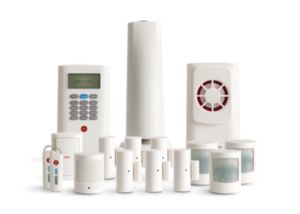 SimpliSafe’s DIY equipment and packages come with all the necessary hardware to install and setup your home security system all on your own.

Even though the equipment gets the job done and seems to work without issues or errors, we’re not very impressed with the quality of the hardware when compared to other providers. For the most part, SimpliSafe’s equipment is bulky, utilizes what seems to be less durable materials and plastics, and lacks any aesthetic appeal when it comes to design. If you’re ok with lower quality feeling materials and sensors that are big and look outdated then SimpliSafe might be worth considering for you. 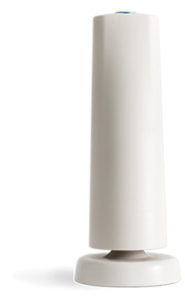 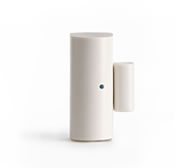 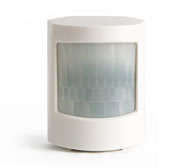 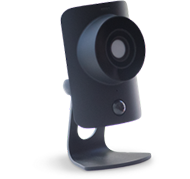 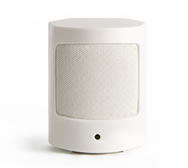 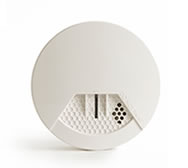 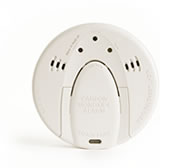 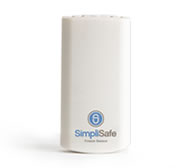 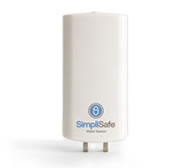 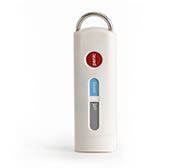 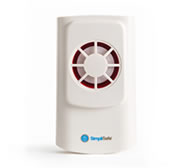 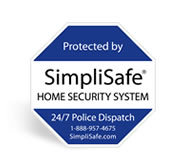 Like most home security providers, SimpliSafe provides 24/7 monitoring of your system and alerts are sent to their team of representatives to dispatch authorities and ensure your safety. We don’t see any major flaws or advantages of SimpliSafe’s services, unless of course you’re looking for home automation.

SimpliSafe does provide their customers with a free app that integrates with their system and allows users to monitor sensor activity including event logs, temperature scans, and more. The system also allows text notifications to be programmed for a variety of events so you can keep track of what’s happening at your home and when.